Unless you’ve been sleeping under a rock the past several years, you’ve likely heard of “keto” and the ketogenic diet.

And, you may have even given it a try yourself.

To help you transition into and maintain a state of ketosis, you may have also looked into various keto supplements.

Today, we take a look at one of the most popular keto supplement compounds -- exogenous ketones.

Graymatter is a high-powered nootropic formulated to support mental energy, acuity, and focus that contains 4g goBHB per serving. 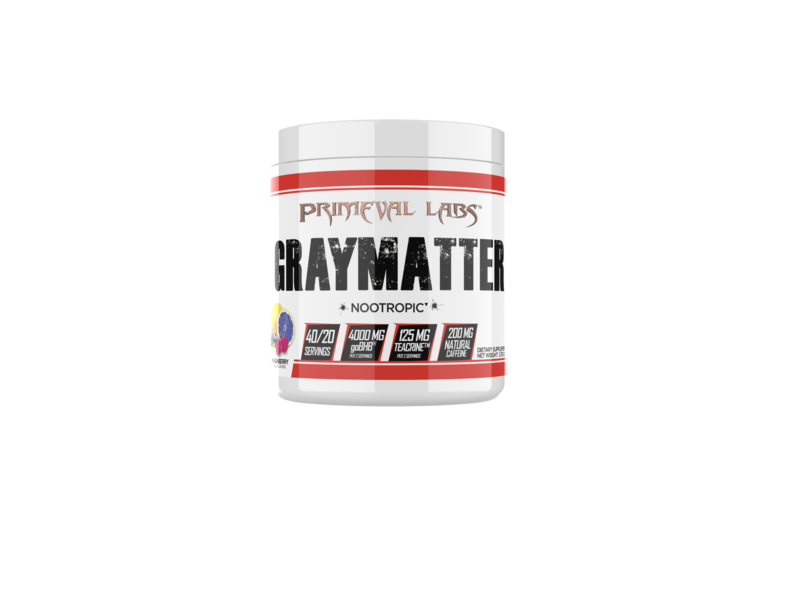 What Are Exogenous Ketones?

To understand what exogenous ketones are and why you might want to supplement with them, it helps to understand a few basics about the ketogenic diet and nutritional ketosis.

Under normal dietary circumstances, glucose (sugar) is the primary substrate our bodies use to generate ATP, especially during higher intensity exercise. At rest, or during low-intensity physical activity (steady-state cardio), the body burns a higher percentage of fat for fuel than glucose.

However, as the intensity and/or duration of activity escalates the body cannot oxidize fat at a quick enough rate to sustain performance. This is when it shifts to burning more and more glucose (from glycogen and blood sugar).

However, during periods of fasting or starvation, glucose (and most other nutrients) are in short supply. In order to sustain life, the body switches to its “backup” fuel system, which means it goes from burning glucose to burning stored body fat.

As these fatty acids are broken down, ketone bodies are generated which can be used by the cells in our brains and bodies for energy.

There are three different ketones the body generates from fatty acid metabolism:

When the body produces its own ketone bodies, these are referred to as endogenous ketones. Endogenous means “originating from within an organism”.

Ketones can also be consumed in the form of dietary supplements. These supplemental ketone bodies are referred to as exogenous ketones.

Now, at this point, you might be wondering why someone would want to supplement with exogenous ketones if the body can produce them from following a ketogenic diet.

Well, if you’ve lived your whole life consuming a standard high carb diet, your body’s metabolic machinery has become optimized to run on glucose. It still has the “machinery” to burn fat and make ketones, but it’s not very efficient (at least not to the point where you easily go without carbs all day).

This is part of the reason why the first few days or weeks can be particularly rough when an individual undertakes a ketogenic diet.

For lack of a more sophisticated term, the body “freaks out” when it isn’t getting enough glucose and has to take some time to recalibrate itself to start oxidizing fat and generating ketones at a higher rate to support daily functioning, let alone athletic performance.

Exogenous ketones are typically implemented during this transition phase to help ease the transition from being a sugar-burning machine to a fat-burning one.[3]

Exogenous ketones are typically found in one of two forms:

Ketone esters were the first exogenous ketones to hit the market. They generally create a larger spike in blood BHB levels compared to an equivalent dose of BHB salts; however, BHB salts tend to result in a longer lasting elevation of blood BHB levels than ketone esters.[4,5,6]

Additionally, ketone esters are considerably more expensive than BHB salts, and by and large, ketone esters kind of taste like rocket fuel, even when they are flavored.

BHB salts are more affordable and easier to flavor. While flavor isn’t everything to consider when purchasing a supplement, if a supplement is hard to drink, consumers are likely to not keep using it or experience unwanted GI distress from it.

Additionally, BHB salts also offer the advantage of supplying the body with additional electrolytes, such as sodium, potassium, magnesium, potassium, or calcium. Most often, you’ll see BHB bound to either calcium, magnesium or sodium as potassium-bound ketone supplements aren’t that stable.

The reason these mineral salts are important is that dehydration and loss of valuable electrolytes (particularly potassium and magnesium) are two of the contributing factors why many individuals experience “keto flu” during the early days and weeks of the keto transition.

How Are Exogenous Ketone Salts Metabolized?

Well, when BHB is ingested, the bond binding it to the mineral salt is cleaved in the GI tract, and the BHB molecule is delivered into the bloodstream.

From the bloodstream, BHB is taken up by a cell in need of energy, where it heads to the mitochondria (the “nuclear reactor” of a cell that produces energy) where its carboxyl acid group is cleaved, transforming BHB into acetoacetate (AcAc).[7]

Acetoacetate then turns into acetoacetyl-CoA, which is yet again cleaved to form the final ketone body, acetone and acetyl-CoA.

Acetyl-CoA is what we’re really interested in from an energy production standpoint.

Your body can then use the ATP generated to power your mind, muscles, and other tissues for whatever activity they are doing.

What Else Does BHB Do?

Beyond supplying the body’s cells with a form of readily accessible energy, ketones have also been noted to beneficially impact gene expression and various cellular functions throughout the body.

Ketones can cross the blood-brain barrier, supplying neurons with a readily usable form of energy. In fact, researchers estimate that ketones can provide the brain with ~70% of its energy requirements.[8]

Note: the rest of the brain’s energy needs would have to come from glucose either obtained from the diet or produced endogenously via gluconeogenesis.

Ketones provide an efficient alternative fuel for both the normal and injured brains.[12]

Ketones can also increase cerebral blood flow, which delivers more oxygen and nutrients to the brain.[11]

Ketones have also been shown to up-regulate the production of an important brain protein called brain-derived neurotrophic factor (BDNF), which supports the health of existing neurons and helps grow new ones, too.*[14,15]

Ketones are also known to offer a measure of neuroprotection too.

While zero carb diets aren’t usually associated with muscle growth, studies indicate that ketone bodies show anabolic and anti-catabolic activity in skeletal muscle.[16,17,18] This may be beneficial particularly when individuals are cutting and undertaking a lower carb diet.

Where to Find Exogenous Ketones

goBHB® is a patented ketone body consisting of the ketone body beta-hydroxybutyrate (BHB) bonded to a mineral salt, such as:

It can be used to fuel the mind and body and support cognitive and physical performance as well as weight management.